For some, the term Mas has come to connote every nuance of festivity that plays out on the streets of Trinidad and Tobago’s Carnival. This is an idea that sometimes causes us to forget that for many Mas means something more-something bigger, something deeper, something more aesthetically connected to the ideas of love and life than we have been trained to see. It is sometimes not an easy task to explain that for many Mas is the art of their lives- A visual expression filtered through questions of process, design, materials and discipline. Mas is a spectacle of form, humanity, cadence and texture with the power to tell the story of our lives.

We underestimate deeply the ways in which Mas lives with us and the ways in which we live through it. Mas reflects and conceives more than it conceals and gives voice to matters of conscience in fluid and poetic ways which sublimates the violence of our lives. Many used this voice for expressing their fears, philosophies, experiences, desires… thoughts about nationhood and belonging. Many used this voice not only as an outlet but also as a vehicle for moulding their environment and their identity. On the canvas of the streets the art gave visibility to a host of images that were wrenched out of physical and emotional landscapes; images from within.

Today there are very limited academic references that analyse or at the very least catalog the intimate engagement that many have had with this form. The craft, the history and the technical practices within Mas remain for the most part in unfiled print and audio-visual material, in the memory of its existing practitioners and the sensibilities of those who observed facets of the phenomena directly. The unavailability of reference material highlighting the aesthetics of Mas points to a larger concern. One that lies in the appreciation that Carnival, as a visual spectacle, is acknowledged but not examined; admired but not purposefully documented and explored; revered but hardly ever catalogued and it remains sporadically discussed as an art-form despite its considerable presence on Trinidad’s cultural landscape.

As a result of this, the innovations, and range of imagery that have emerged out of the consistent practice of the art are not sufficiently understood and are threatened to be lost. This is particularly saddening as the aesthetics and the innovations in Mas are largely organic forms that comment uniquely on Trinidadian culture and history: relevant for a young nation like Trinidad and Tobago. A space still engaged in the project of sustainable growth in a global creative economy whilst at the same time coming to terms with its own historical compositions.

The topic of Mas as a visual artform has traditionally been avoided within our schools and our universities and the mapping of it within Trinidad and Tobago’s history of art is unnaturally absent. In strange ways we stand as the product and inheritors of structures that preferenced ideals of worth and beauty outside of ourselves- based on factors that had little to do with the cultural or asethetic values of their subjects. In a reading from Caribbean activist and scholar Pedro A. Noguera, he explains this oddity this way “Most political, economic and social institutions have been created in the image of the colonizing power. Completely remaking these so that they begin to reflect and embody indigenous sensibilities and aspirations is no simple matter…”. The true art of our islands for Noguera is to be found in our popular culture “those artistic expressions of the region which are used by large sections of the demographic as their mode of creation but have not been validated by traditional systems of education or power”. He suggests that “ Popular culture is rooted in the pain and pleasure, joy and suffering, hope and desperation of the people. Its strength is derived from the existential aspects of its meanings and the connection it creates among those who receive and respond to it. Its potential as a source of hegemonic resistance is derived from both its production, which often falls outside the control of the dominant classes, and its content.” The same thoughts can be read from
the Caribbean luminary, Stuart Hall when he tells us that “The way we have been positioned and subject-ed in the dominant regimes of representation was a critical exercise of cultural power and normalization, precisely because they were not superficial. They had the power to make us see and experience ourselves as “Other”. 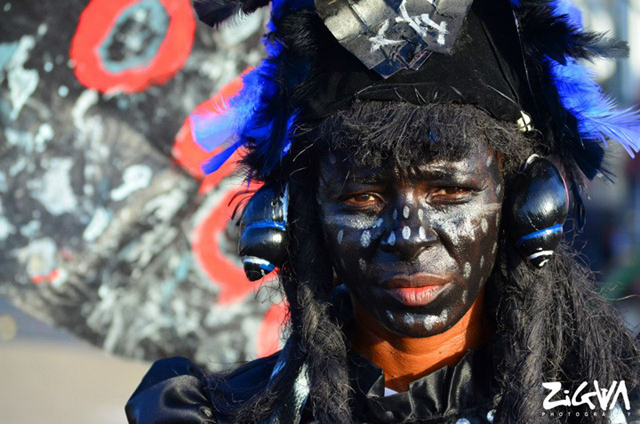 It is in this context of seeing ourselves as “other” that we must return to the meaning of Mas with the understanding that perceptions of value and beauty are not divorced from realities of power and history. The goal is to free ourselves from the prejudices of history and develop our own connoisseurship of our accomplishments and discover the ways in which our art transcended its form into greater meanings. 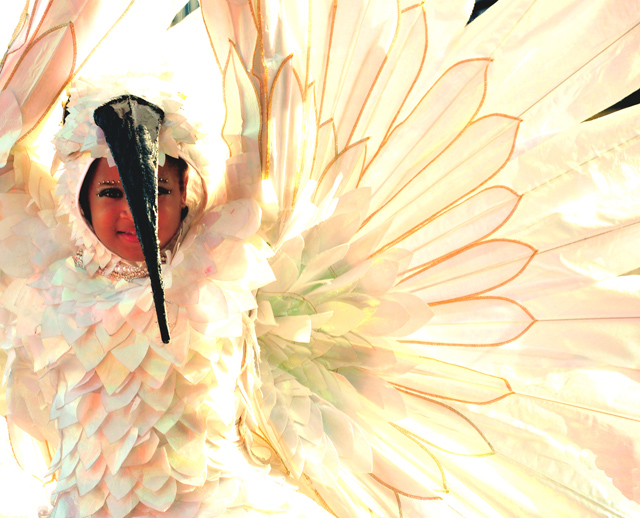 This project of internal discovery finds even greater importance when one remembers the context and the political circumstances within which Mas was produced; negotiating the very real legacies of slavery, racism and colonialism in the Caribbean. Artistically, if not politically, it was involved in an ongoing project of independence. It would stand to reason that to overlook the history of Mas is to overlook and silence the voices of artist who choose Mas as their medium to comment, educate and inspire. To not act quickly enough to explore the aesthetics of it is to fail to give an account of the various artists who responded politically through it – artists for whom the colonial and post-colonial struggles of self and the validating of an indigenous, autonomous being remained principal. The absence of a critical discourse into the art of Mas amounts to a disregard of the thoughts, attitudes and feelings of one of Trinidad and Tobago’s largest group of creators. Mas lives with us in more ways than we are trained to see. 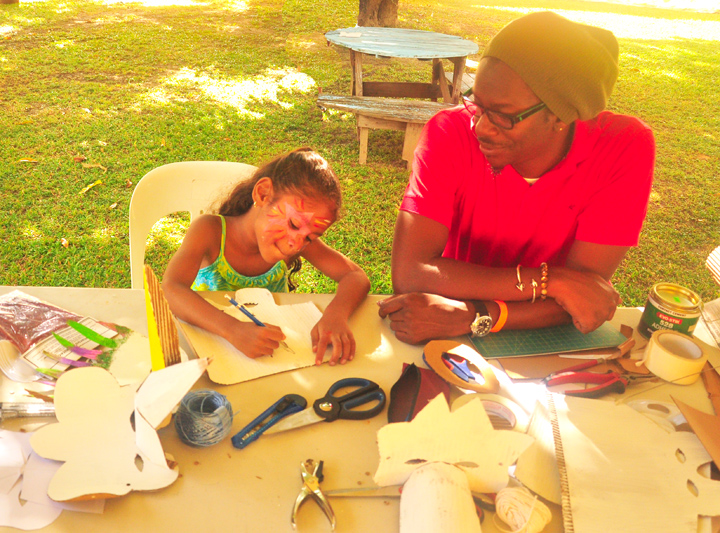 One thought on “MAS AESTHETICS: EXPLORING THE ART OF MAS”